At his first scoring session in Europe, the orchestra began hitting their music stands with their bows. He wondered if the players needed a break, if he was pushing them too hard. The engineer turned to him and said, "They are applauding".
"Charles Denler's music should be considered a national treasure" - Dick Metcalf, Contemporary Fusion Reviews
​“His music is mesmerizing” - PBS     “He is a genius…” - National Geographic     “Magnificent, Bravo!” - Mainly Piano
"He could start a classical revival. I think he already did."  - George Miler, Remote Skies
"One of the world’s most prolific composers"   - R J Lannon, Zone Music Reporter
"A modern musical genius" - Dick Metcalf, Contemporary Fusion Reviews
As for "Moment at Dawn", it's BEAUTIFUL!  - Joshua Cheek, NAXOS
“A Rising Star…” - Lowcountry Weekly     “The best music we have ever had…” - History Channel
“Complexity of melody, deep emotion…a celebration of life.” - Zone Music Reporter
“A wordless palette of orchestral color…” - Records International
“Vivid and deeply affectionate…superb…the music talks” - Classical.net
"A landscape of beauty and hope. The album is, simply put, beautiful"  - WORLD Magazine
"Talent, skill and musical genius...a manifestation of utter beauty" - Steve Sheppard, One World Music 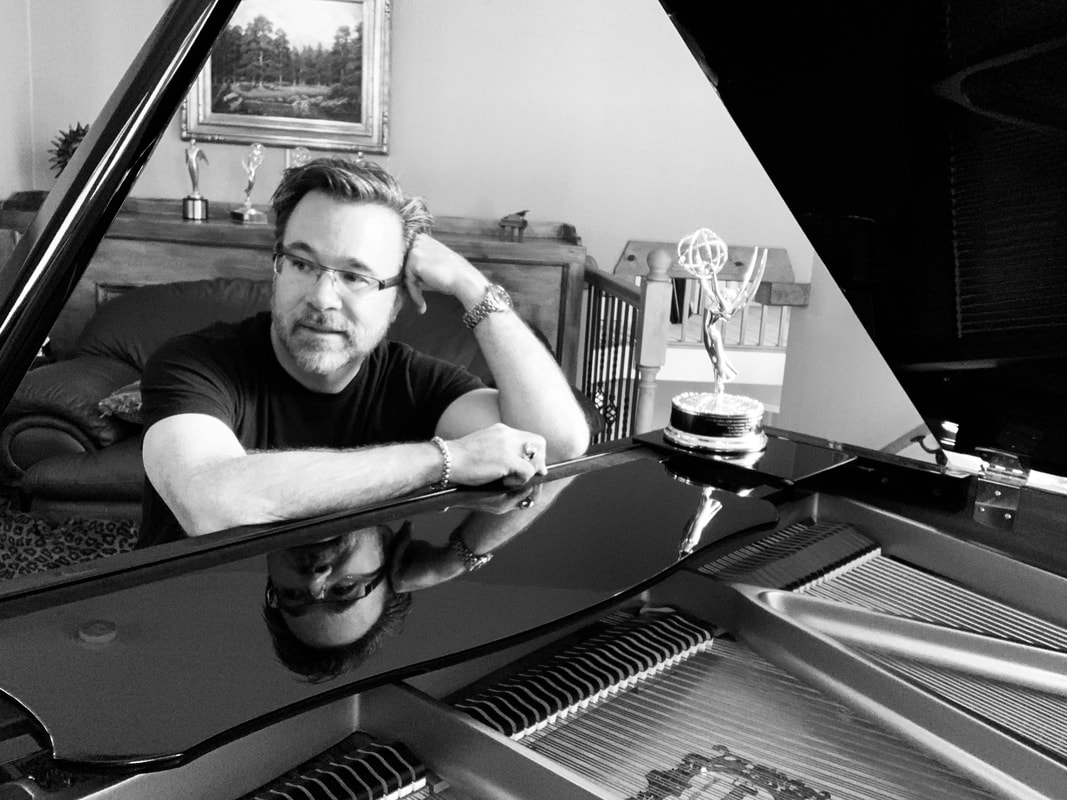 Critics have called his music “a national treasure”. With over two hundred film and television scores and thousands of concerts to his credit, Charles David Denler’s EMMY AWARD winning fusion of Classical and Modern Composition can be heard all over the world.

Charles received critical acclaim by winning an EMMY in 2004 for his work on “Bentley Creek” and went on to receive his second EMMY in 2005 for his score to “Beyond the Medal of Honor” and recently won his third EMMY in 2019 for his "Wild Mustang Suite". In 2010 Charles was awarded the Jury Choice GOLD MEDAL for his score to the Richard Gere film, “Teenage Witness”, and a second GOLD MEDAL for the film, “I AM”, at the Park City Film Music Festival. In 2011 Charles received the Ribaut Award for Excellence In Music For Film at the Beaufort International Film Festival and in 2015 he was given a GOLD MEDAL at the Houston World Fest for his symphony, “Portraits of Colorado”. His album, "Moment At Dawn", won a GOLD MEDAL at the 2016 Global Music Awards and his orchestral suite, "One Drop Became An Ocean", became a 2017 chart topping worldwide radio hit staying in the Top 10 for twelve consecutive weeks. His album, "Wild Mustang Suite", has had over 12 million plays on SoundCloud and received the GOLD MEDAL at the 2018 Global Music Awards for Best Neoclassical Album. In 2022 Charles won an EMMY and a One World Music Radio Award for his suite, “Portraits In Season”.

listen on these stations